RIHS Student Investing in His Future 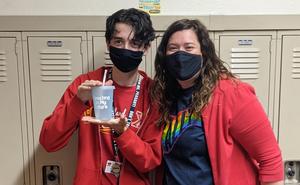 He's already more financially responsible than most adults!
Mrs. Young's Consumer Economics Course really had an impact on RIHS student Dylan Johnson. The course got Dylan thinking about his future.
Dylan saves 90 percent of his wages and after taking the course he now has opened a Certificate of Deposit (CD), became an authorized user on his parent's credit card to build his score, and opened a Custodial Account with his parents (an IRA for minors)!
Keep up the good work Dylan! Mrs. Young made Dylan a gift.